Pledge is defined as the bailment of goods as a security for payment of a debt or performance of a promise in section 172 of Indian Contract Act.

In case there is default by the borrower, the pledgee has a right to sell the goods in his possession and adjust its proceeds towards the amount due (i.e. principal and interest amount).  Some examples of pledge are Gold /Jewellery Loans, Advance against goods,/stock,  Advances against National Saving Certificates etc.

RIGHTS OF BANKER IN CASE OF PLEDGE-

Thus in simple words, pledge acts as a security, which assures that the pawnor will repay the debt or perform the obligation. These are mainly used in securing loans and if the loan is not repaid when due, the pawnee has the right to sell the pledged article, in order to discharge the dues 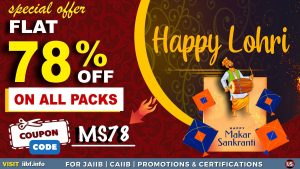