Cheques and its types in Negotiable Instrument Act, 1881

A cheque is an unconditional order addressed to a banker, signed by the person who has deposited money with a banker, requesting him to pay on demand a certain sum of money only to the order of the certain person or to the bearer of the instrument.

A cheque which is payable to a person whosoever bears, is called bearer cheque. 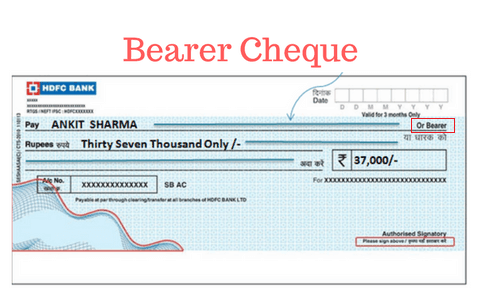 A cheque which is payable to a particular person or his order is called an order cheque. 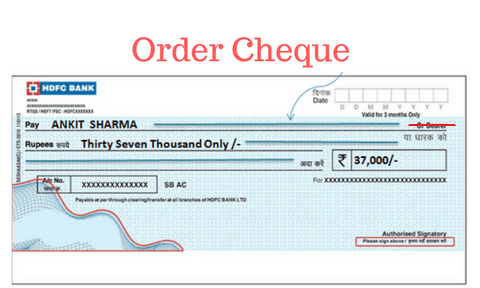 A crossed cheque is one which has two short parallel lines marked across its face. 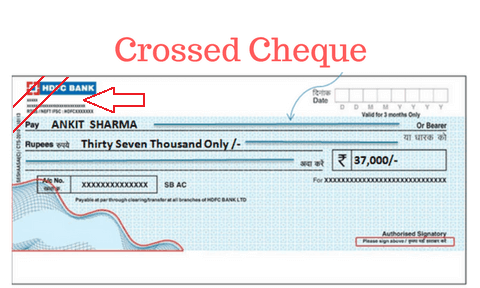 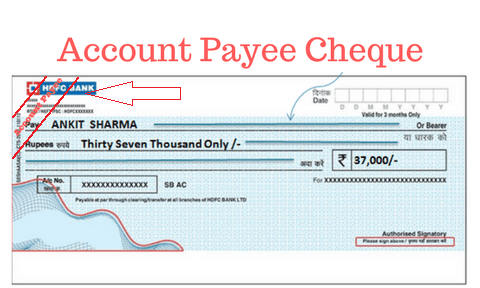 Check presented at the paying bank after a certain period (typically six months) of its payment date. A stale check is not an invalid check, but it may be deemed an ‘irregular’ bill of exchange. A bank may refuse to honor it unless its drawer reconfirms it payment either by inserting a new payment date or by issuing a new check. Also called stale dated check.

*NOW __The cheque which is more than three months old is a stale cheque.

Eg. If Mr.CooL issues cheque to Miss. Bujji, if Mr. CooL has issued cheque from his SBI A/c then SBI is a drawee bank.

The banking regulation Act has not define specific period after which the instrument (cheque) becomes stale. Some of the banks write specific instruction on the cheque where the validity period is mentioned. In such case the cheque will become stale after expiry of the period from the date of issue (date on the instrument) 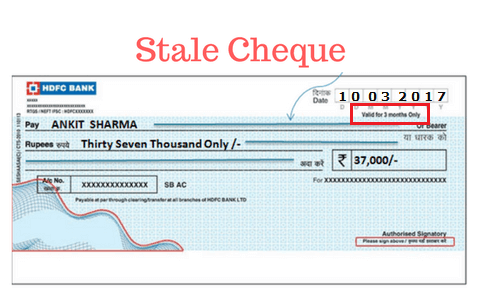 If a cheque bears a date later than the date of issue, it is termed as post dated cheque. 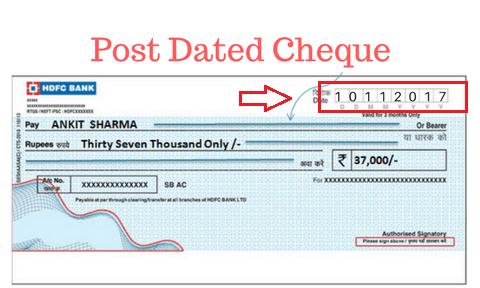 If any cheque issue for the upcoming withdrawn date but it withdraw before the date printed on the cheque, then that type of cheques are called anti dated cheques. 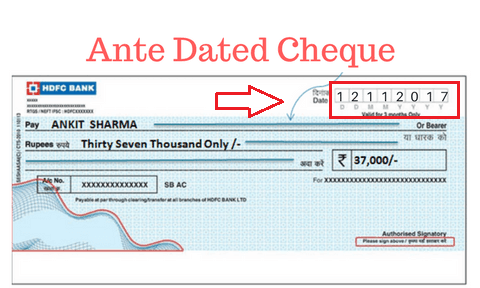 If the payee is clear, signature and the MICR line intact – they can process it. There are sealable plastic carriers used to put such cheques through the high speed transports used in Clearing.

Gift cheque, it is a cheque forirted in decorative form issued for a small extra charge by the banks for use by customers who wish to give presents of money on special occasions.

Gift cheques may be purchased in unlimited numbers from every branch of the ‘X’ Bank.

Gift cheques may be used to give presents of money as

Gift cheques are used for offering presentations on occasions like birthday, weddings and such other situations. It is available in various denominations.

It is an instrument issued by a bank for remittance of money from one place to another.

Travelers Cheques are accepted almost everywhere and are available in many denominations. Plus, the no-expiration feature allows you to cash in leftover cheques or retain them for the next time you travel.

A self cheque is written by the account holder as pay self to receive the money in the physical form from the branch where he holds his account.

If your friend wants to pay YOU the amount of 10000/-, he/she should have written YOUR NAME in the space provided for PAYEEon the cheque. If he/she has written SELF in that area, it is supposed to be used by him (or the bearer as written on the cheque) and whoever possess that cheque can go to the same branch and bank of the account holder to cash the cheque.

Some banks may honour cheques in their other branches than the account holder branch. However, this cannot be encashed in any other BANK.

You can either encash it by visitng the bank and the branch of your friend’s account or should return or tear this cheque off (If lost, the person who finds it can get it cashed from the bank and branch mentioned on the cheque) and ask for another cheque in your name that you can deposit in your account.

The banker’s cheque is an instrument issued by the bank on behalf of customer containing an order to pay a certain sum to a specified person within the city. The validity period of the Banker’s cheque is 3 months, however it can be re-validated subject to some legal formalities.

Accounting and Finance for Bankers

CAIIB Exam - Bank Financial Management Case Study   In this post of CAIIB for the December 2022 attempt, we are providing you with some...